Want to Drive Behavior Change in Your Product? Try This Under-Used Tactic.

‘We are what we measure.’ You may have heard this phrase, or may even believe it, but chances are that you don’t know how it applies to your daily life, or the power it has to drive behavior change. It’s not about gamification or streaks (although it can include these things). In simple terms, it’s just about measuring the right things, at the right time.

To illustrate the importance of measuring the right thing, consider these two studies about fitness wearables:

Study 2: In this study, researchers followed two groups for two years–one which had access to wearable tech, and one that didn’t. In the end, people with pedometers lost less weight than people who didn’t have them. The researchers concluded that wearable fitness technology may not offer an advantage when it comes to weight loss.

Can you see the difference between the results of these two studies? It all comes down to what behavior we’re measuring, and why.

Why Measuring Behavior Works So Well (Or: If the Shoe Fits, Measure It)

Measuring behavior can be a powerful change agent, but when encouraging people to change behavior it is wise to be transparent with the optimal target, and what is “good” about it. In some cases, it may not be clear what good behavior is, or it’s possible that your definition of good is different from someone else’s definition. Clarity on these points can help mitigate confusion or unwanted results before it happens.

Clearly defining your desired behavior has another benefit–as humans, we don’t like feeling that we’re doing something wrong or that we’re incomplete. When you know a target, and that you aren’t reaching it, you want to work to make this feeling go away.

Here’s an example of this conundrum that you may feel in your own life: the concept of inbox zero.

Inbox zero is the idea that we have empty email inboxes at all times. Because we feel pressure to perform to this level, many of us answer unimportant emails because we feel uncomfortable knowing that the daily goal (zero emails at the end of the day) is incomplete, and we work to reach it. Who cares if it’s not an optimal use of our time?

Now, how can you apply this tactic to your product? You’ll want to consider four things.

1. Pick the Most Important Thing to Measure

Airbnb is using the power of measurement to drive customer outcomes—they measure hosts on their response time and response rate. This is clever because it’s measuring a behavior that helps the bottom line of the business. Host response rate and response time is likely to correlate with guest satisfaction: the faster a host responds, the easier it is for a guest to book with them, and the more they will book.

Similarly, Uber and Lyft measure their drivers on acceptance/cancellation rate of rides. It is not in the drivers best interest to cancel rides because their rating would go down. Again, this is helpful for Uber and Lyft because if drivers cancel rides, who suffers? The customers who need to get picked up. Riders would leave the platform due to lack of trust, and the ride-sharing platform just wouldn’t work if drivers had a habit of canceling rides. 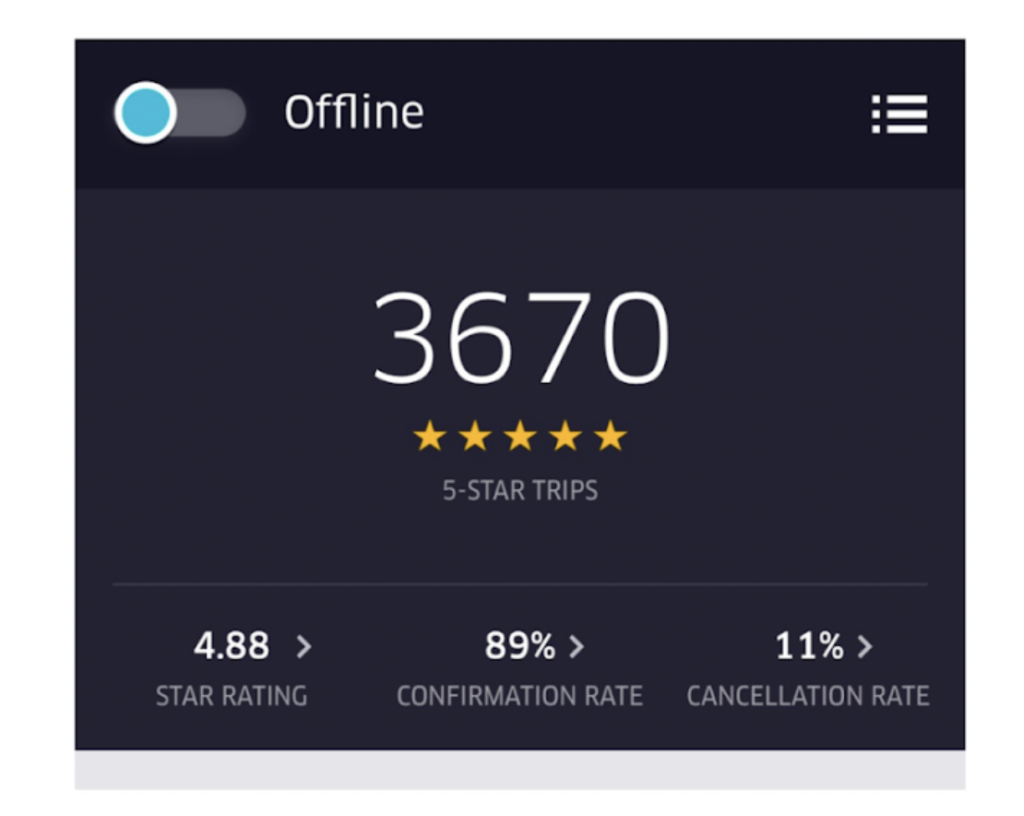 If we are measuring behavior, we need to ensure that we need to close the loop immediately with whomever we’re measuring immediately. Giving rapid and relevant feedback is a great way to cultivate self-awareness and enable behavioral change across different contexts.

For example, in a medical intervention, researchers gave healthcare workers immediate feedback on handwashing compliance via a remote video and increased hand hygiene in the short- and long-term. Similarly, in a large-scale energy conservation field study, people who received real-time feedback on their water usage used 22% less water than those who didn’t receive feedback.

As an example of immediate feedback in product design, consider Uberconference. After a call, the platform emails out call summaries that include aggregate and individual talk time. While this isn’t an explicit nudge, the call summary focuses our attention on the data, and how we interacted with others. Because of this, we pay attention and understand if we are talking more or less than others. This is an implicit nudge towards behavior change.

Small changes could make this nudge even more powerful.

How? Nudges can be even more powerful when they happen right before the behavior they are seeking to change. In this case, if you received this email (or a reminder of it) right before your next call, you may have a higher chance of changing behavior.

(And this is not only helpful in product design, it’s helpful to remember when doing performance reviews. Annual performance reviews are the opposite of fast feedback, so we shouldn’t be surprised when they fail to help people actually improve their performance. Instead, consider a continuous evaluation process.)

We are what we measure—and when we know we’re being measured, we tend to over-perform.

A desire to be recognized can be motivating. Researchers in a field study found that when thank you cards were publicly awarded to the three top performers in small workgroups, overall performance improved. This means–remarkably–improvement was even seen from people who did not receive the recognition. This may be because witnessing a colleague receive public praise compels other employees to improve their own performance to measure up.

Public recognition of your behavior can also drive people to do the socially desirable thing. For example, when drivers are given real time feedback of their speed while driving, they tend to slow down.

This intervention could work for two reasons: First, it’s immediate and calls the drivers attention to something they may not have noticed and have the ability to fix right away. Second, it also could work because other people in the car can now see the driver’s speed. Since, speeding is not a socially desirable thing to do, making this sociably undesirable behavior public, may impact behavior.

Newer cars now have another clever feature that influences behavior through making feedback immediate and public–lane assist. With lane assist, there is a beep that goes off when you leave your lane. While lane assist likely helps the driver with their attention, it also calls attention to the other passengers in the car that the driver may not be safe. By making this feedback public, it is likely that the driver will correct their behavior faster than if it was solely given to just them because no one wants to appear to be a bad driver. 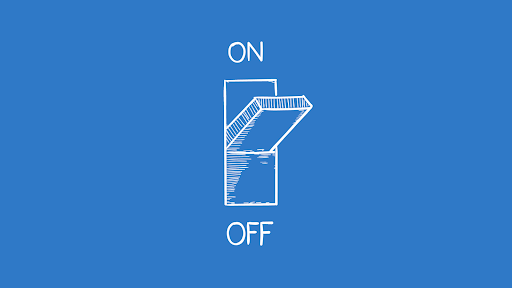 Giving people feedback on their behavior needs to work like a light switch. With a light switch, there is a direct relationship between what you do, and what happens after you do it. When you flip the switch, the light turns on.

When systems are noisy (and most are!), giving feedback on behavior can be difficult. People may want to change, but they don’t know what to do or how to do it, so making it a simple correlation will help them get there.

It’s about pairing the behavior and the feedback and giving them together. Researchers found that combining goal setting with feedback involving both behavior and desired outcome resulted in greater success than either giving feedback or setting goals did alone.

If you’re designing behavior change systems, using a light switch approach is the biggest area you should check: do people really know the behavior they could do to address your feedback, and is it something they control?

Taking Measure: We Are What We Measure

If we’re conscious about what we choose to measure, make feedback immediate, public, and actionable, there’s a better chance that we’ll achieve behavior change. Whether it’s the number of steps we take each day or reducing driving speed, it’s possible to change behaviors. After all, we are what we measure.

Looking for a more in-depth guide to implementing behavioral design to your research process and product? Check out our Behavioral Design online bootcamp.

Inspired by these insights into behavioral design and want to learn more?

Sign up for the Irrational Labs newsletter and never miss a blog post, podcast episode, or behavioral economics insight.