The Science Behind the Science of Change: How the Duolingo App Approaches Language Learning

On this episode of The Science of Change, host Kristen Berman talks with with Duolingo’s Head of Product Management Cem Kansu to talk about the ways this amazing app keeps people engaged and learning. For listeners who want a deeper dive into the behavioral science behind each episode, we’ve compiled and summarized the most relevant research here.

Haven’t heard the Duolingo episode on our new podcast, The Science of Change? Listen here!

A collection of research on language learning

Duolingo is a popular language-learning app and website, well-known for its supportive, engaging and slightly addictive behavioral design strategies. To learn a language, Duolingo argues, consistency is key—so we took a look at the science behind language learning.

This meta-analysis found a correlation of .34 between actual and perceived learning. This is not awful, but closer to 0 than to 1! For comparison, perceived learning correlated much more strongly with motivation to learn (.59) and satisfaction with learning (.51).  Similarly, student evaluations of perceived learning in college classes don’t meaningfully correlate with actual performance.

One explanation of this involves fluency. The idea is that you base your perceived learning on how easy it feels when you learn. If it feels easy, you must have learned a lot; but if it feels hard, you must have not learned so much.

The fluency heuristic leads to an ironic situation whereby the more you’re actually learning, the harder it feels — and thus the less you think you’re learning. And vice versa. 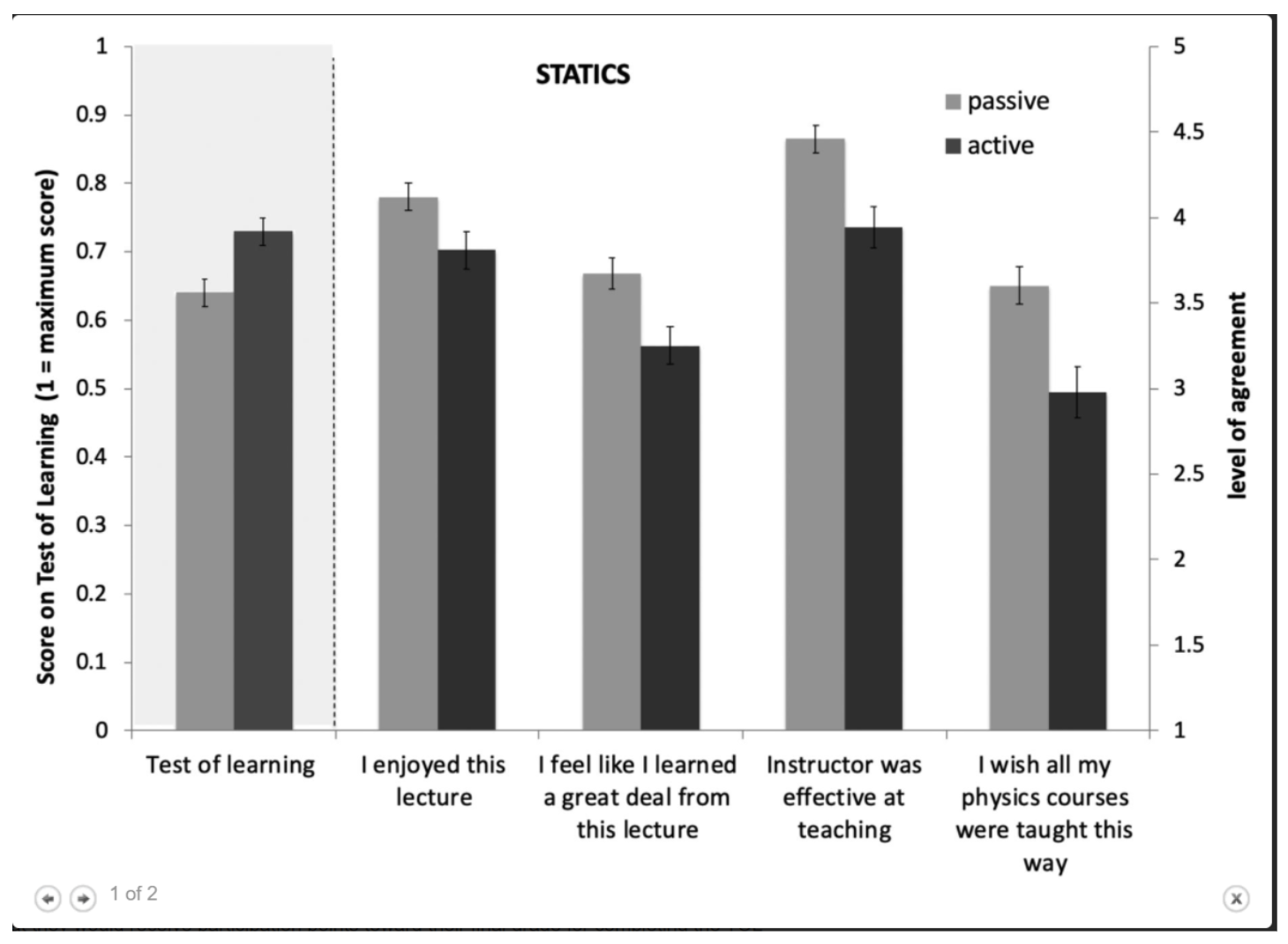 Duolingo committed to the “fun” side of the fun/learning equation. And a common criticism is that Duolingo doesn’t teach you much — there’s a hilarious Forbes piece describing how the CEO and CRO fail at basic French and Spanish, despite having practiced these languages on Duolingo for several months.

This Rosetta Stone commercial touches on this point, trying to argue that because their product is more difficult, it’s a more effective way of learning a language.

There’s a bunch of research on testing effects, demonstrating that testing increases learning (even compared to more studying), and potentially even when feedback is not provided.  For example, in this paper, middle-school students who were quizzed performed better on exams. Students who were tested outperformed students who passively reviewed the same quiz questions and answers.

This is something Duolingo does very well — they’re almost all testing, with very little teaching. The testing literature came from a very different background, though: classrooms where students only learn via lectures and reading. Those researchers were trying to make the case that tests aren’t just good for evaluating knowledge, but also for learning (implying that you should introduce regular, low-stakes quizzes into the classroom). An open question, then, is whether a platform that’s 99% testing has taken the strategy too far, and would benefit from a more balanced lesson-to-test ratio.

On a related point, what is the role of failure and errors in learning?

Presumably, one of the reasons that testing is effective is because it allows you to learn from your mistakes. With the paid version and sometimes with the free version, Duolingo can be designed to minimize error experiences (you can see the translation for each word before submitting, and you can often get the right answer from context even if you don’t know a word).

One question, then, is whether we need errors for learning, and if so, does that interfere with a frictionless, gamified, habit-forming experience?

What is the correct balance between explicit and implicit language learning?

You can learn a language explicitly (i.e. by being told how to conjugate a verb)—or you can learn it implicitly (by being exposed to a language and picking it up as you go). One heavily-cited meta-analysis shows that explicit second-language instruction was more effective than implicit instruction (although both worked).

Duolingo leans towards implicit instruction, as do most language-learning apps. In some cases, it might be more useful to learn a rule for conjugating a verb into past/present/future rather than extracting the rule from a bunch of sentences.