Can we decrease auto-loan defaults by changing how people pay?

We helped decrease loan defaults by 69%
Product Design
Beneficial State Bank is a bank that exists to serve people's prosperity and goals, not to profit from them.

This project is a part of Duke’s Common Cents Lab and is generously supported by MetLife Foundation. Common Cents Lab works to increase the financial health of low-to-moderate-income Americans. This project was led by Irrational Labs’ Richard Mathera and Lindsay Juarez.

You go to a car dealership on your day off and end up buying a car that you love. You get financing at the dealership and get a call from a bank introducing itself as your lender. They tell you that your loan is due on the day of the month that you happened to buy the car, even though it’s 8 days from your payday. And they mention that they’ll send you a letter in the middle of each month reminding you to pay, but your payday is at the end of the month, and you don’t actually read your mail very often. Repaying your car loan seems like it could be easier…

Prior research has found that financial shortfalls – particularly payday loans and bank overdrafts – are more common when there is a greater mismatch between the timing of someone’s income and the bills they owe.

We also hypothesized that it is easier for people to pay money automatically and in smaller amounts timed with when they get paid.

We encouraged a number of process changes, which included:

Additionally we ran an experiment which randomized over 700 people into either: 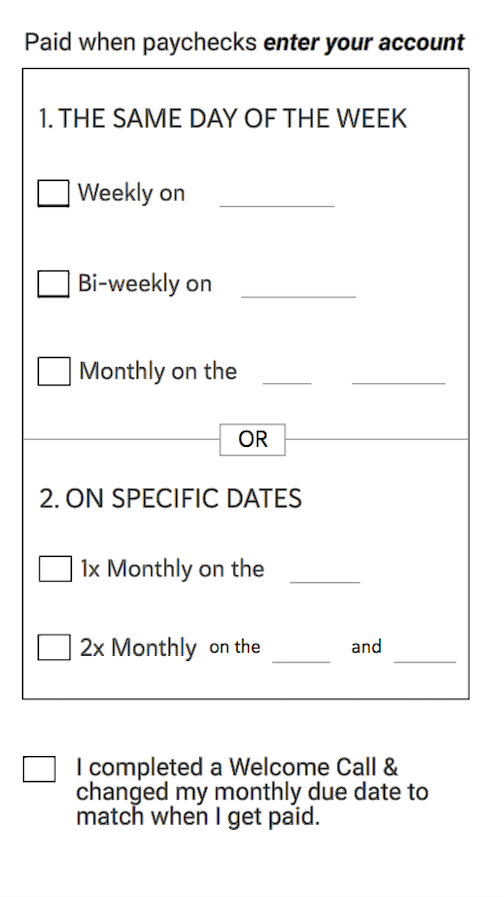 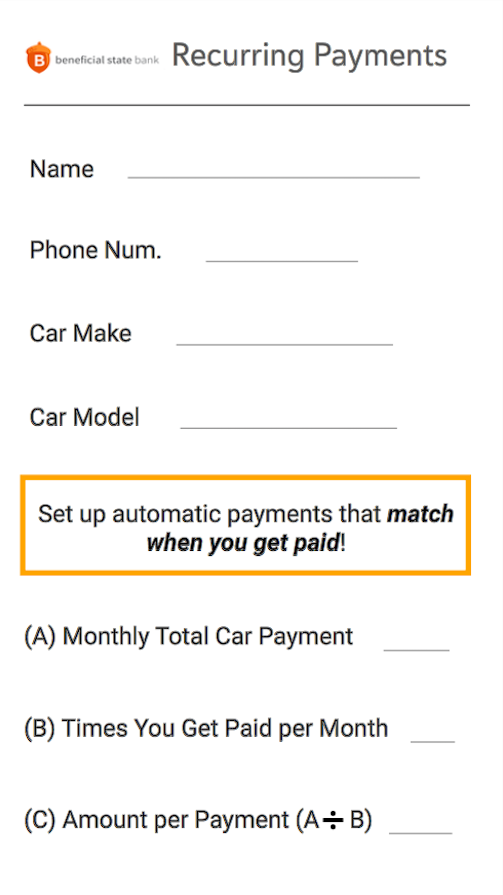 Our process changes contributed in part to a 69% reduction in loan charge-offs year-over-year in a rising subprime auto loan default environment.

Beneficial State Bank is a bank that exists to serve people's prosperity and goals, not to profit from them.